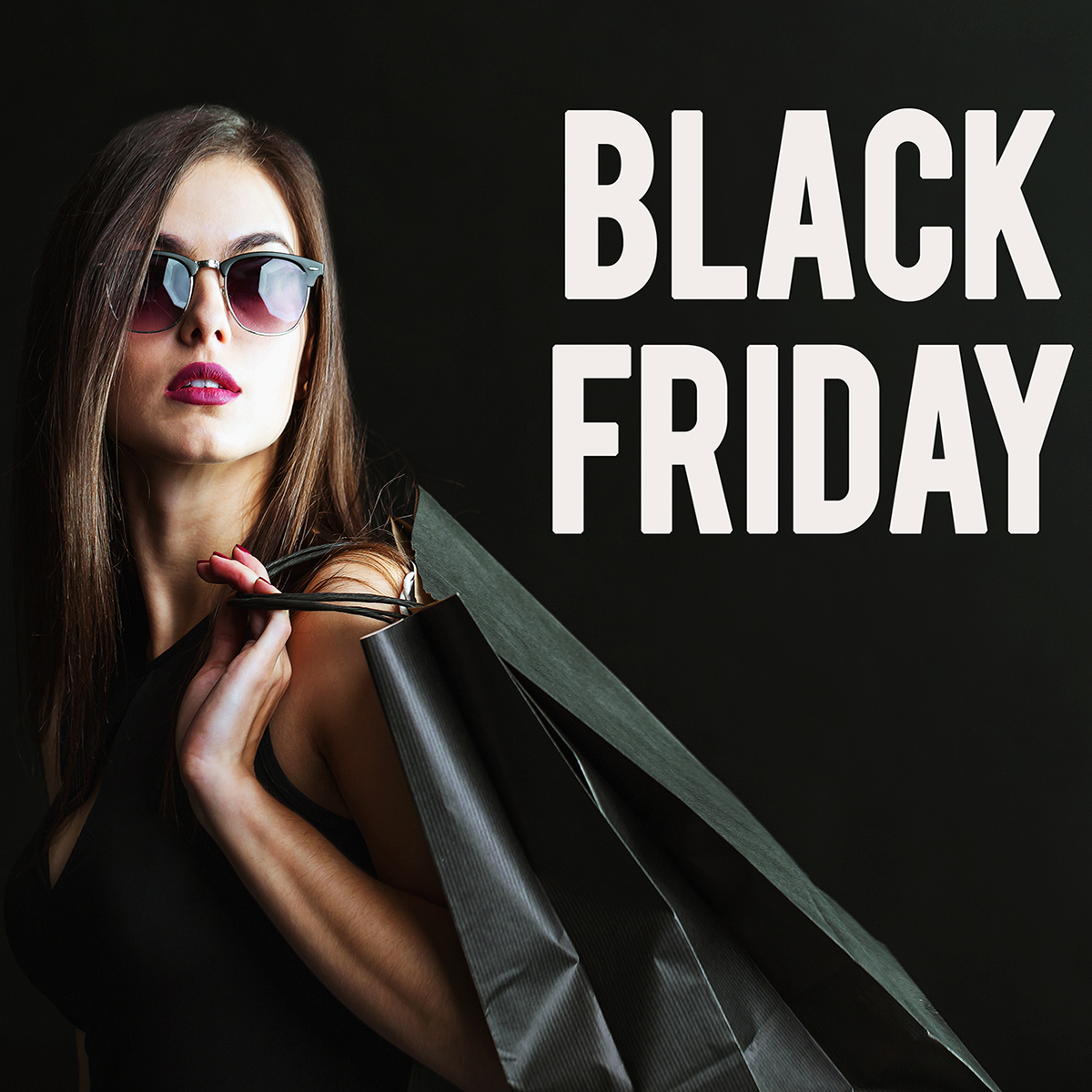 Once the clocks change and Halloween and bonfire night are all done, inevitably people start talking about Christmas. Far too early in my view but then again, I do like the big tins of chocolates and the twiglet party tubs! As everyone starts to think about Christmas – it’s always shopping and gifts we think about first. This year with the price of everything going up and up, I think many of us will start shopping earlier to spread the cost and also will look for the best savings possible. So where better to start than with Black Friday (well.. black fortnight as it seems to be turning into!) where you can get some amazing deals – not least from us and our beautiful silver jewellery. Many companies will be offering discounts and offers throughout November but officially Black Friday is on the 25th of November. This and Cyber Monday are the biggest shopping days of the year across the world.

But how did Black Friday come about and how has it become the huge shopping phenomena that it is?

Black Friday – How did it start?

The first recorded use of the term “Black Friday” was actually associated with financial crisis and not holiday shopping. The crash of the U.S. gold market on September 24, 1869 was brought about by two Wall Street financiers, Jay Gould and Jim Fisk who worked together to buy up substantial amount of the nation’s gold, hoping to drive the price up and sell it for a huge profit. On that ‘Black Friday’ in September, the conspiracy was finally uncovered, causing the stock market to crash, with commodity prices plummeting 50%, bankrupting all the Wall Street barons.

So how did Black Friday become linked with Retail and shopping?

The true story behind Black Friday, is not quite as jolly as retailers might have you think. Back in the 1950s, police in the city of Philadelphia used the term to describe the chaos that ensued on the day after Thanksgiving, when large crowds of shoppers and tourists flooded into the city for the big Army-Navy football game held on that Saturday every year. Police officers were not able to take the day off and had to work extra-long shifts dealing with the crowds, traffic, and shoplifting.

As the name spread throughout Philadelphia, some people objected to the negative connotations and unsuccessfully tried to change it to "Big Friday". The term Black Friday was used in a printed advert published in The American Philatelist magazine in 1966 and by the late 1980s, the term was well known across the U.S and retailers began to link to their post-Thanksgiving sales. Retailers had found a way to reinvent Black Friday and turn it into something that reflected positively on them and their customers.

As I said, retail sales were always important in November with many people in the U.S taking a day off sick after thanksgiving, not only to get a four- day holiday but also to make a start on their Christmas shopping.

As early as 1924, the department store Macy's launched its famous Eaton’s Thanksgiving Day Parade in New York to celebrate the success of the roaring 20’s and to boost shopping in the city the following day.

The shopping day grew in popularity throughout the 1930s, although was obviously affected by the Great Depression. In 1939, President Franklin D Roosevelt made the decision to move the date of Thanksgiving one week earlier than normal in order to boost sales and the US economy. Some named this move "Franksgiving".

And it worked.. with all the shopping activity on the Friday after Thanksgiving it became one of the most profitable days of the year.  Shops used to record their accounting details by hand, noting profits in black and losses in red. It is believed that many shops were "in the red" throughout most of the year but they later "went into the black" the day after Thanksgiving.

When did Black Friday come to the UK?

Online retail giant Amazon introduced the concept to the UK in 2010, promoting a range of discounts and offers to customers.

In 2013, Asda (owned by American retailer Walmart) had its own Black Friday sale – which unfortunately led to chaos as people physically fought in store over TVs and other gadgets. Following this, Black Friday has grown significantly throughout the UK, with more and more retailers offering significant discounts and sales, both physically in store and of course, online.

What is Cyber Monday?

It hasn’t been around as long as Black Friday and it all started in 2005, with the goal to boost sales online for the first internet retailers. It was also to make online shopping more popular – how times have changed!! When it was first introduced, Black Friday was meant to be for physical stores on the high street and Cyber Monday for the new and developing online retail businesses.

The day marks the continuation of sales following Thanksgiving and Black Friday, with exclusive internet-only deals and discounts. This year, it is on the 28th of November.

So now you know all about Black Friday and where it came from, but beware some of the offers can be too good to be true. Sometimes items are actually no cheaper than at other times of year, they are just made to look discounted and more appealing. Also beware of that sale mentality where you end up spending a fortune on things you really don’t want or need just because they are a good bargain. (Who hasn’t got something in their cupboard that they bought in a sale but have never worn or used??) Men in particular spend roughly 50 % more than women on Black Friday and Cyber Monday and the figures show that 52 % of people regret what they bought and spent. With men more likely to regret their shopping spree than women!

No one could ever regret buying some of our silver jewellery though, especially when we are offering 15% discount on all our jewellery – not just the odd item that’s been lurking in the back cupboard for the last few years. So why not take the plunge and start that Christmas shopping with us. 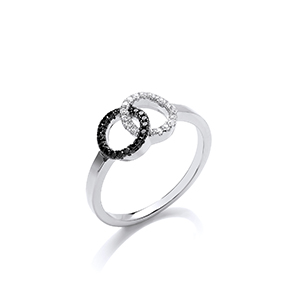 Take a look at our Stocking Fillers Collection where all our jewellery is under £40 – perfect gifts for hard to buy for teenagers or that extra little present. We also have a Christmas Gifts Collection where you will find silver jewellery designs, many set with AAA* cubic zirconia stones, in a range of price points and designs so you can find the perfect jewellery gift for anyone. How about ruby cubic zirconia Eternal Heart Pendant for a loved one, our Flower of Hope Earrings for the keen gardener, or a cute silver cat pendant for those who love these fluffy companions. 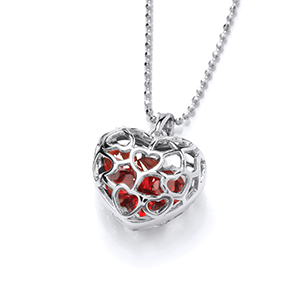 As well as Christmas gifts, we are the perfect place to find some party sparkles for all those Christmas celebrations – from office parties to family gathering or Black-Tie events. Our Party Sparkle Collection featured some of our bestselling silver and cubic zirconia jewellery but a couple of my favourites are these gorgeous emerald cubic zirconia Beauty Earrings which also have a matching necklace or if blue is your colour our aquamarine cubic zirconia statement ring will complete your look perfectly. 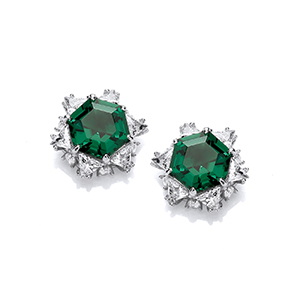 All our jewellery is delivered free of charge in the UK, in a beautiful complimentary branded gift box. So why not have a browse and make the most of our offer which ends on 30th November.